When I first moved to Stockholm, as a somewhat health-conscious and environmentally-conscious eater, I had no idea where to go. My native Stockholmer boyfriend, whose main staples were meatballs and pasta, wasn’t much help either. Luckily those first few months I had a lot of time on my hands, and I started to find some really great spots that satisfied both my dietary restrictions and were eco-friendly.

Now, two years later, I’ve realized that if you want to eat “green”, Stockholm is probably one of the best cities in the world to be in. Restaurants here are really leading the charge when it comes to great-tasting, environmentally-conscious food, and it’s hard to go wrong. But if I had to choose, here are 5 of my top eco-friendly restaurant recommendations, coming from a sort-of Stockholm local.

Farm is actually a pretty new place, and didn’t exist when I first moved to Stockholm. While the location can be a little out of the way for many Stockholmers, Frihamnen is a really cool up-and-coming neighborhood to visit. And Stockholm Brewing Company, in the same building, definitely provides a good excuse to head out this way. 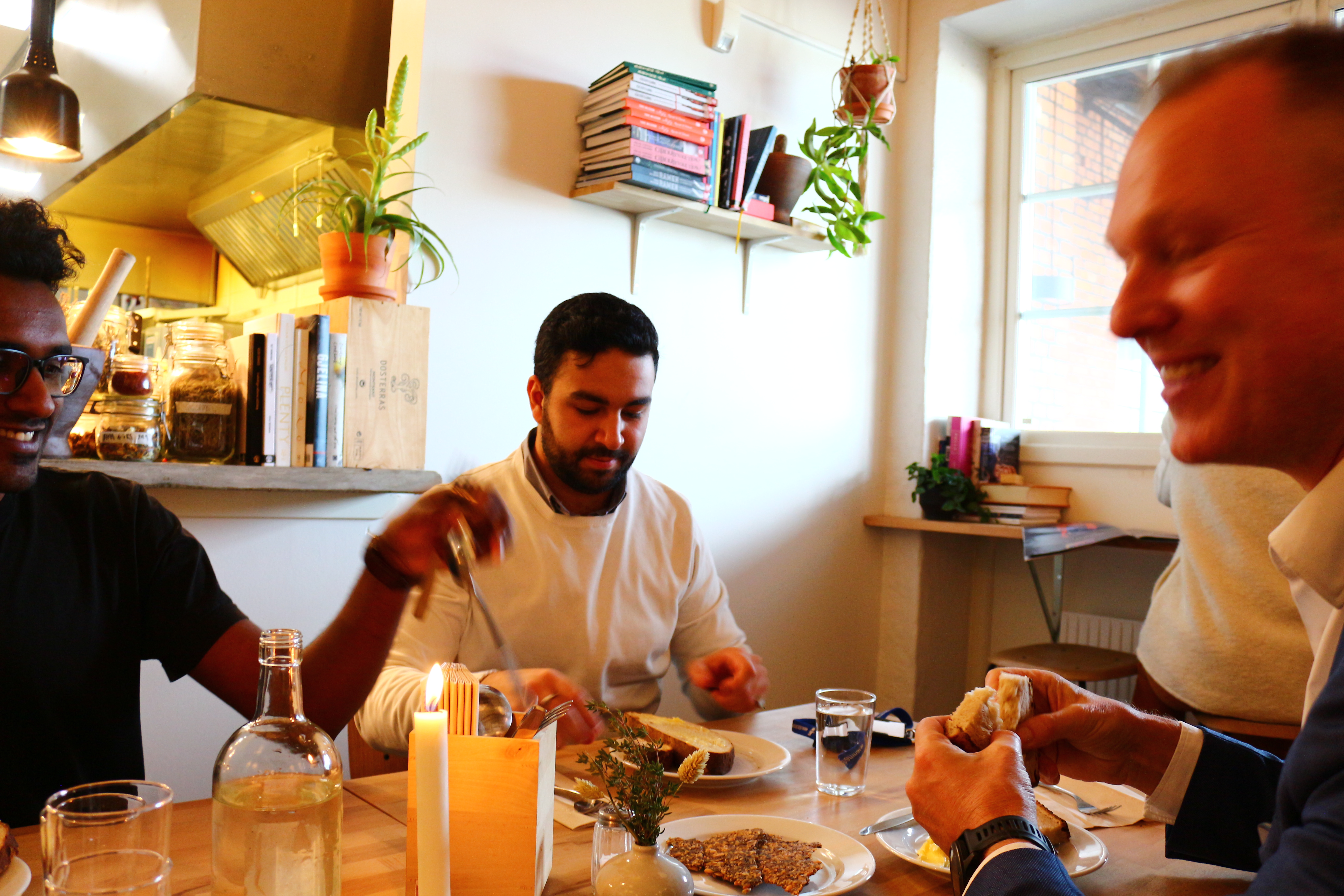 The Ecobloom team enjoying a meal at Farm

What makes Farm special? Farm gets most of their produce from Karshamra, a local farm just south of Stockholm, and supplements their veggies with meat from local livestock. Meaning that what you see on your plate has traveled a minimal distance, and was grown in an environmentally-sensible (and healthier) way. They also recycle all of the organic waste from the restaurant back into the growing processes for the produce and livestock. And last but not least, everything they serve is delicious, and completely affordable considering the quality of the food. This is, for sure, a model for the restaurant of the future.

Try the: Pub quiz night where you can sample their home-brewed beer and enjoy a delicious locally-produced dinner. 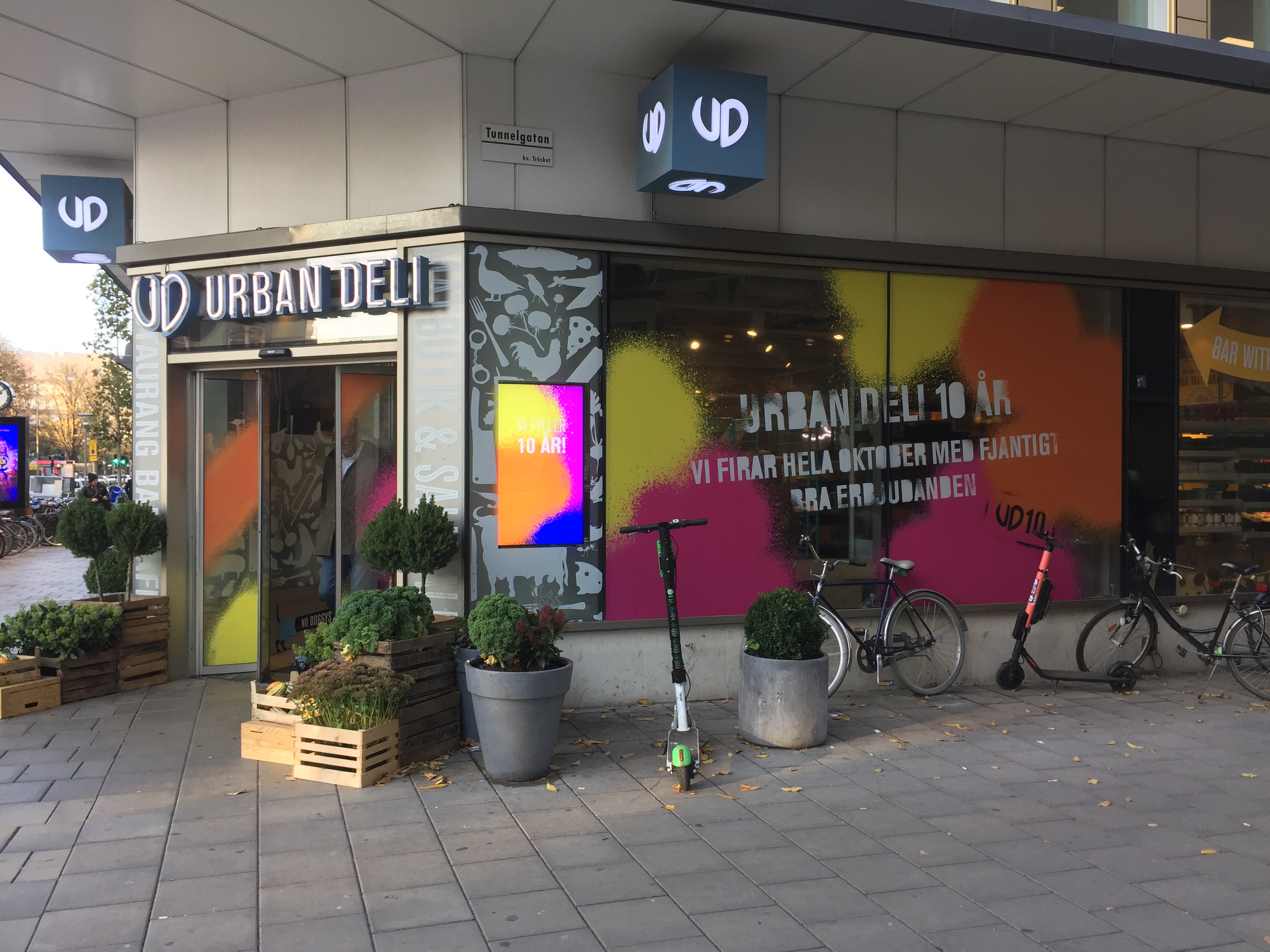 Urban Deli is a bit of a Stockholm institution and now has several locations around Stockholm. At Urban Deli you can find a great assortment of groceries, as well as sit down for a meal or fika with friends. Urban Deli is always coming up with fun new ways to promote sustainability, such as brewing their own beer using food that would have been wasted, such as stale bread or old citrus fruit. They have also banned plastic bags in their stores, as well as refusing to sell produce that has been flown to Sweden. And beyond all this, their food is like, really good. On everything from lunch to fika to cocktails, Urban Deli delivers. The Ecobloom team has been known to grab afterwork cocktails at Urban Deli, and it’s one of Hamza’s favorites.

Try the: Breakfast buffet with smoothies, juice, sandwiches and more to get fueled up for a productive workday or a fun-filled weekend.

Pro tip: The rooftop bar at Sveavägen is the perfect place to grab a drink with colleagues when the weather allows, and also one of the photoshoot locations of the EcoGarden. 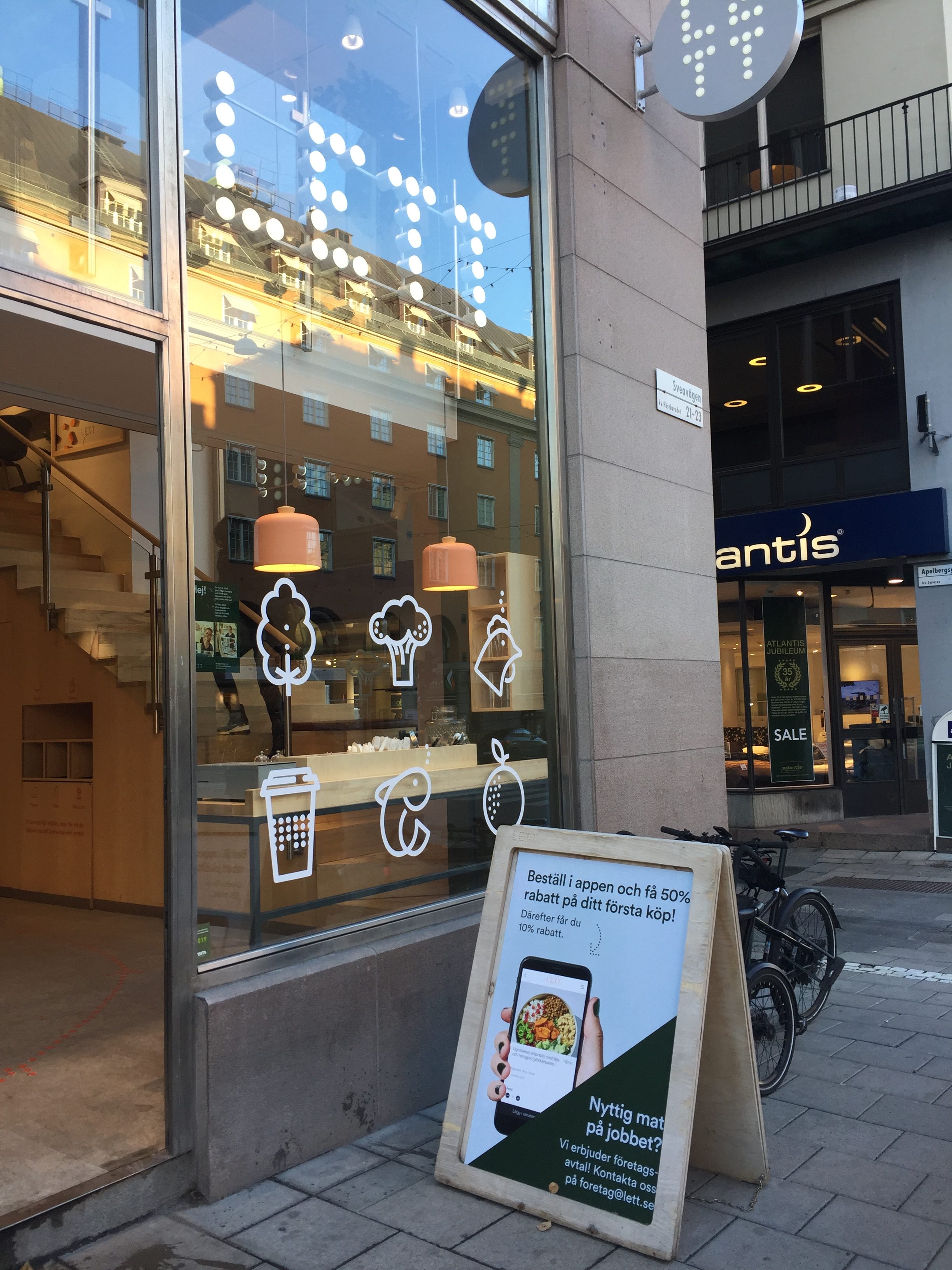 Lett is a great example of fast food done in a healthy and eco-friendly way. This popular lunch place makes climate-smart food both fast and tasty, and uses as much in-season and locally-produced food as possible in their menu. Their online ordering system is great and allows you to customize the menu in a way that works with your dietary needs. They have many locations around the city center area, making it an easy choice for that quick lunch break between two conference calls. Lett makes it easy to fit eco-friendly food into a busy 21st century lifestyle, and is making huge strides towards making environmentally-conscious fast food mainstream.

Pro tip: Order online ahead of time so you won’t have to wait during a busy lunch rush. 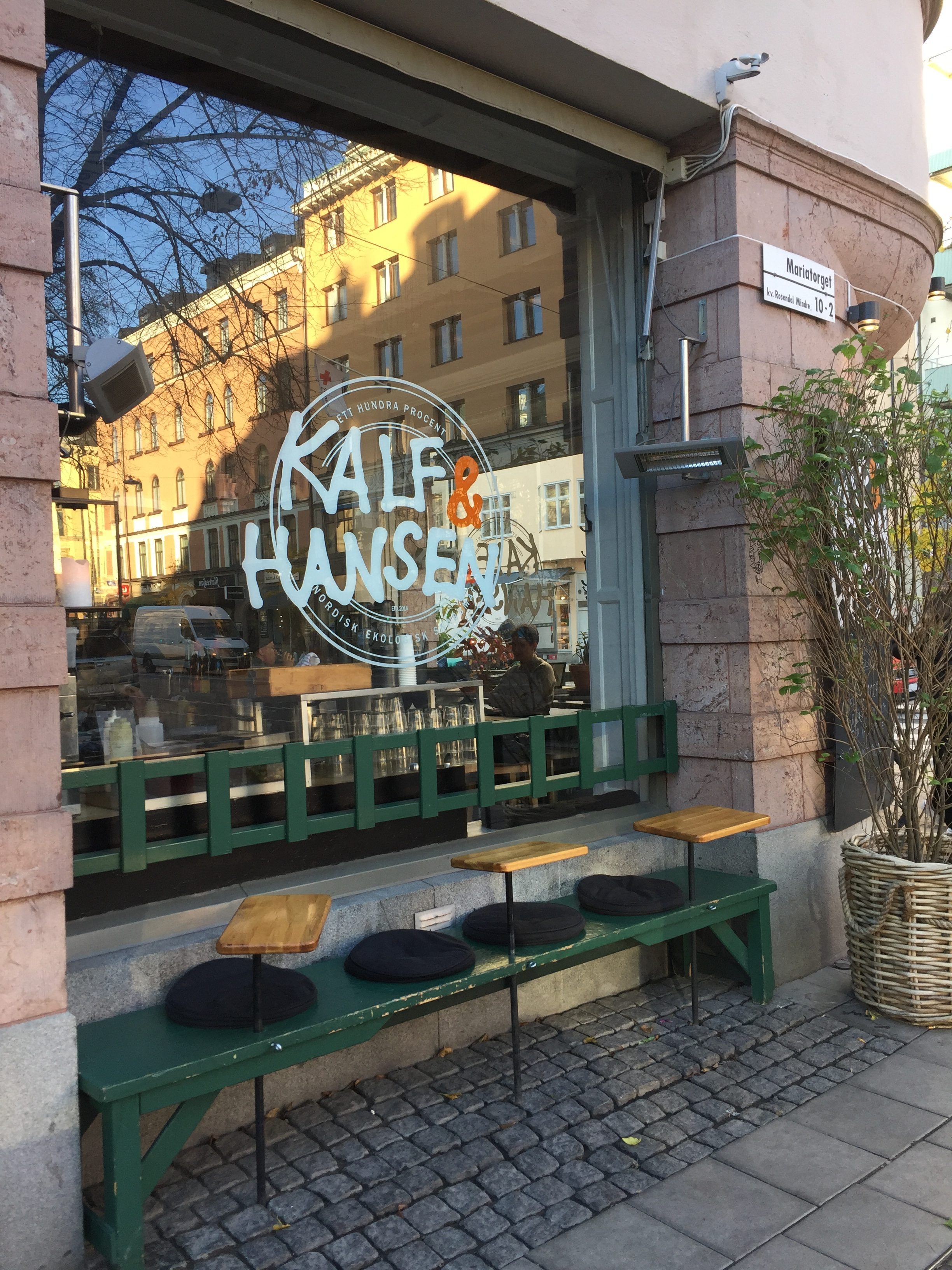 Kalf & Hansen is actually probably the first “organic” place that I tried in Stockholm, and it’s still a favorite today. These guys have taken the commitment to environmentally-conscious food to the max, which you can read about on their website (if you speak Swedish). Like many of the other options on this list, Kalf & Hansen use as much locally-grown produce as possible, but what’s unique about them is they’ve really embraced Nordic/Scandinavian cuisine. Specifically, the meatball! Everything on their menu is named after a Nordic city, and is some clever variation on a meatball (vegan, on a sandwich, in a salad, etc.). They’ve also committed to only serving meat that has been raised ethically, and take pride in supporting local food producers so that they can spread eco-friendly food to even more places.

Try the: KØBENHAVN, an eco-friendly twist on a meatball sandwich, 80 SEK.

Pro tip: After enjoying a late weekend lunch in the cozy interior, take a stroll along Götgatan, the heart of Södermalm.

Now Karma isn’t a restaurant, but it’s an app that I think everyone in Stockholm should have. Karma was founded in 2016 by four young Swedes on a mission to save the world from unnecessary food waste, which by the way totals 1.3 billion tons of food each year. After taking over Sweden, they’ve now spread to London and Paris, and have already saved almost 300 tons of food in their short existence. So what is this app? 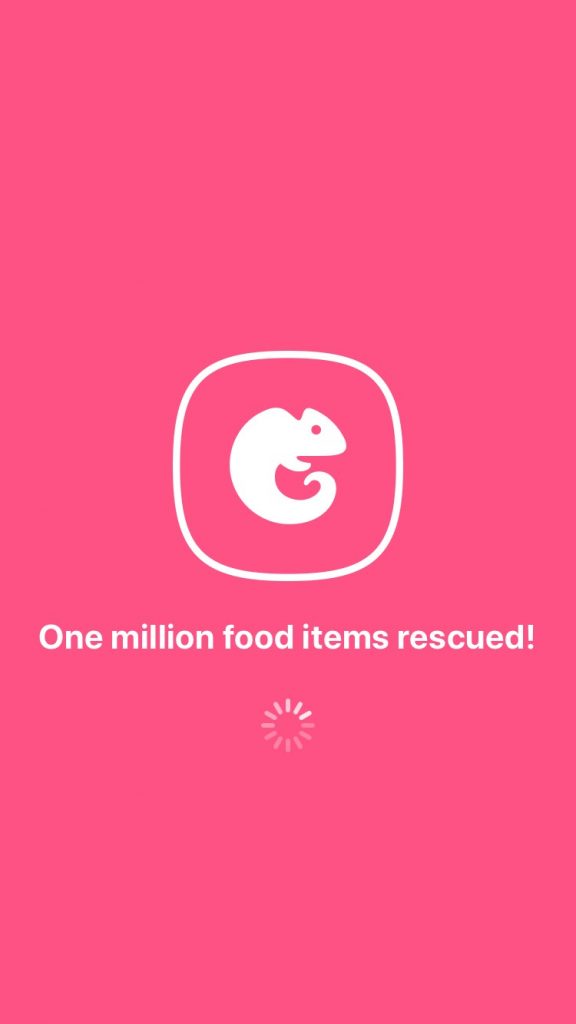 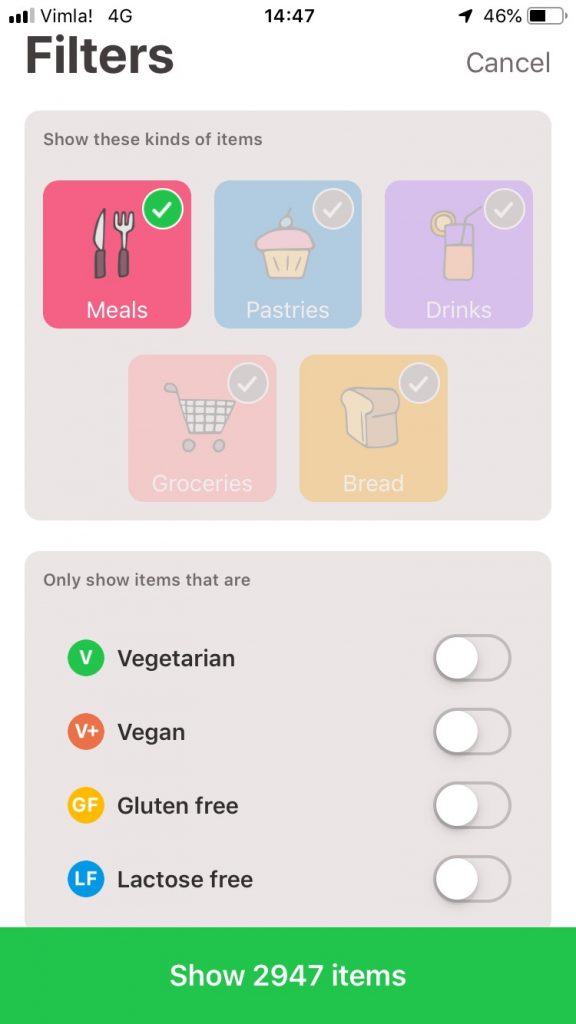 When you download the Karma app, you can see a list of restaurants, cafes and grocery stores that have food about to expire. Through the app, you can buy these products at half-price, and simply pick them up before the store closes. So when you use the app, you’re not only limiting the amount of food waste, but you’re saving money! Plus, you can easily pick up your food without having to wait for it to be prepared, which comes in super handy over the lunch rush. As a bonus, many of the restaurants featured already sell healthy and eco-friendly food.

Try it: In the early morning, to reserve smoothies from Mahalo or mid-afternoon to reserve your dinner from Panini.

Pro tip: Set up notifications to be alerted when your favorite restaurants upload their food.

So there you have it, 5 of my favorite places to grab an eco-friendly meal in Stockholm. Whether you’re in the mood for recycled beer or a vegan meatball sandwich, there’s really something for everyone wanting to eat “green” in this city!

Please do let us know if these are your favorites too, or if you have others to add! And maybe we’ll see you at Farm, just downstairs from our office, real soon! 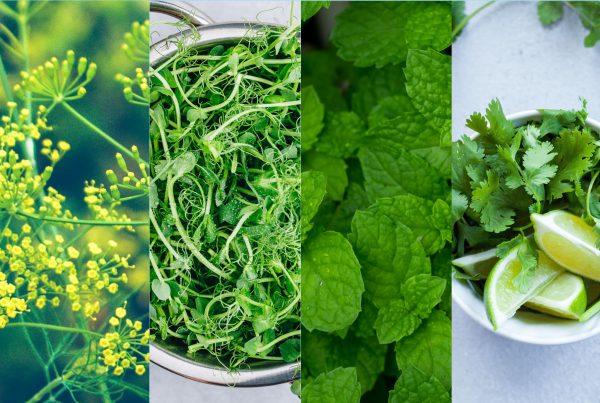 Our 4 Favorite EcoGarden Herbs and How to Use Them 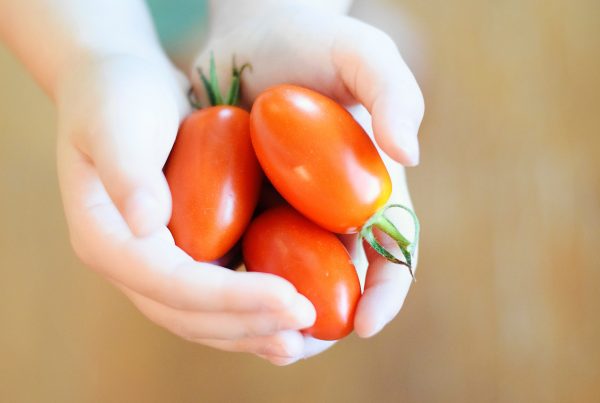 5 Simple Ways to Get Kids to Eat More Vegetables

This website uses cookies to improve your experience. We'll assume you're ok with this, but you can opt-out if you wish.Accept Read More

This website uses cookies to improve your experience while you navigate through the website. Out of these, the cookies that are categorized as necessary are stored on your browser as they are essential for the working of basic functionalities of the website. We also use third-party cookies that help us analyze and understand how you use this website. These cookies will be stored in your browser only with your consent. You also have the option to opt-out of these cookies. But opting out of some of these cookies may affect your browsing experience.
Necessary Always Enabled

Any cookies that may not be particularly necessary for the website to function and is used specifically to collect user personal data via analytics, ads, other embedded contents are termed as non-necessary cookies. It is mandatory to procure user consent prior to running these cookies on your website.