No products in the cart.
100% Secure Checkout!

A little over a week ago, our CEO Hamza Qadoumi brought home another title… 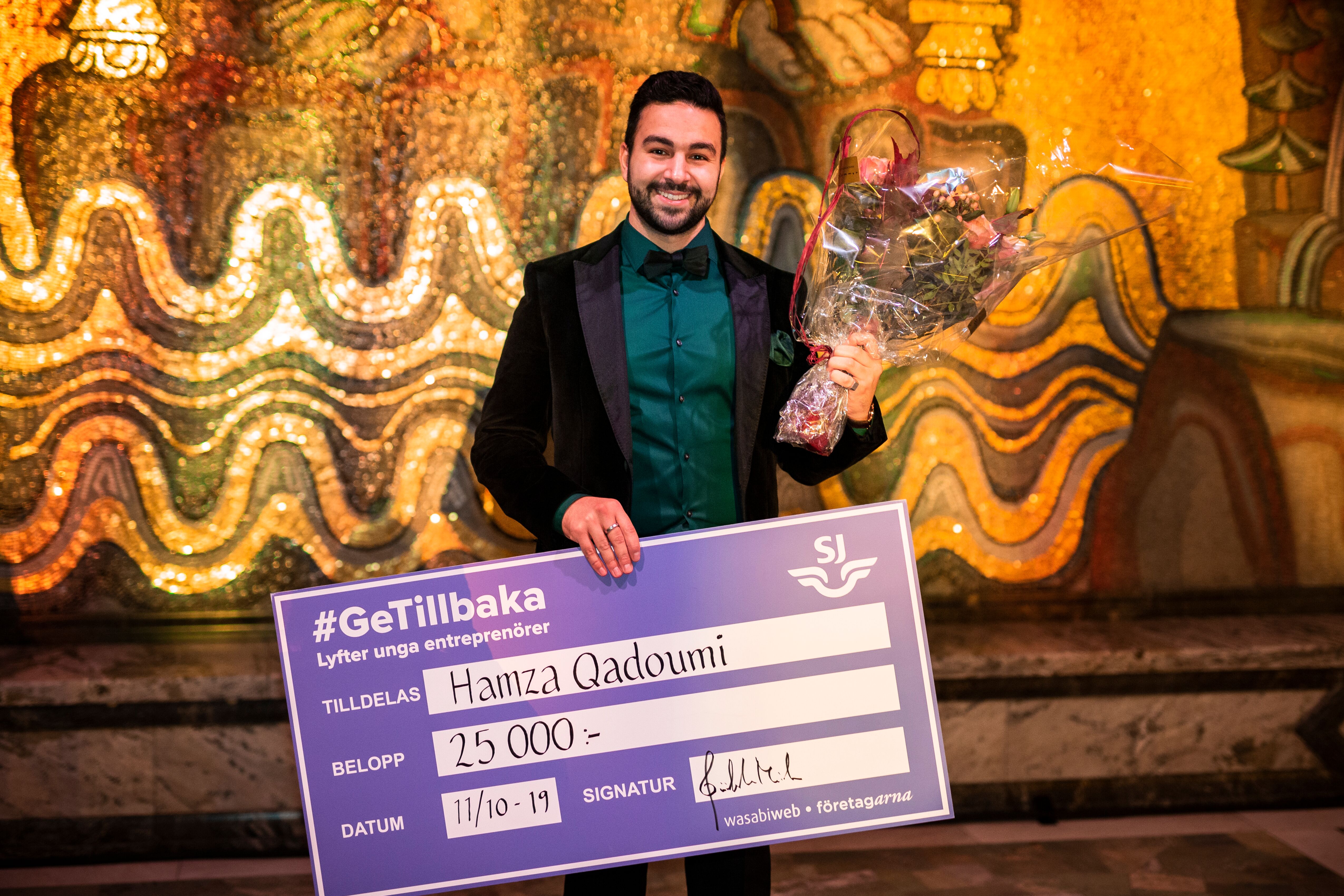 The award is a huge honor in Sweden, with the award ceremony happening in the same venue where the Nobel laureates are celebrated, and with the prince of Sweden present! The award is sponsored by Företagarna, Wasabi Web, and SJ, and is a great way for us to get the word out about Ecobloom. The committee also selected space expert and blogger Assiye Süer to receive the same award as Hamza, and gave prizes to other categories of entrepreneurs as well.

I (Kirsten) sat down with Hamza to ask him what the ceremony was like, and what the award means for Ecobloom. Here’s what I found out!

Like I said earlier, the award ceremony was, as the Swedes put it, “toppklass.” It’s really not too many times in your life you rub elbows with a prince and go home with a giant check. So what was it like to be around all this glitz and glamour?

Well, pretty royally awesome. About meeting the prince (again) Hamza said, “I asked if he remembered me, upon which he replied: ‘Yes! I remember your smile’ Hah! He continued ‘I wonder where we’ll meet next.’” Dramatic pause… 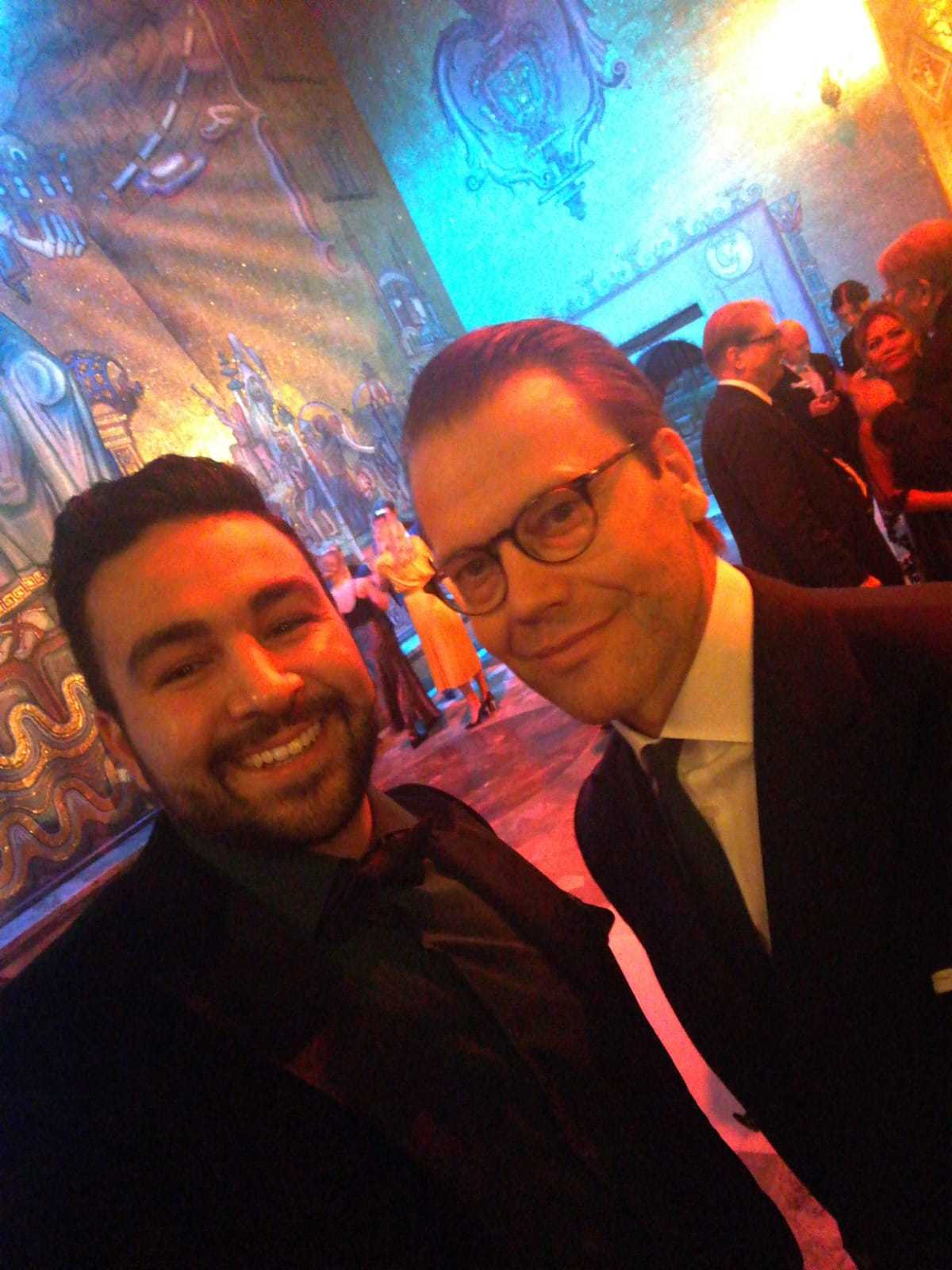 And speaking of smiles, the part of the ceremony that brought the biggest smile to Hamza’s face was getting to share it all with his mom, Alia. Despite being nervous for her son, Alia was really excited to participate in such a special occasion. About his mom, Hamza said, “She’s my biggest hero and role model, so for me, this was by far the best part of the entire ceremony!” Loving the family connection here, Hamza!

Even though it’s Hamza’s name on that *giant* check, this award is recognizing Ecobloom as well, which led to the question of why the judges decided to choose Ecobloom over the rest of the competition. Hamza believes that it is largely the positive impact that Ecobloom hopes to create in the world, saying, “The whole business model is around sustainability and social impact, something extremely crucial in days like these.” And of course it’s not just about having a worthwhile mission, but also all the hard work the team has put in over the last couple years to make the mission a reality. 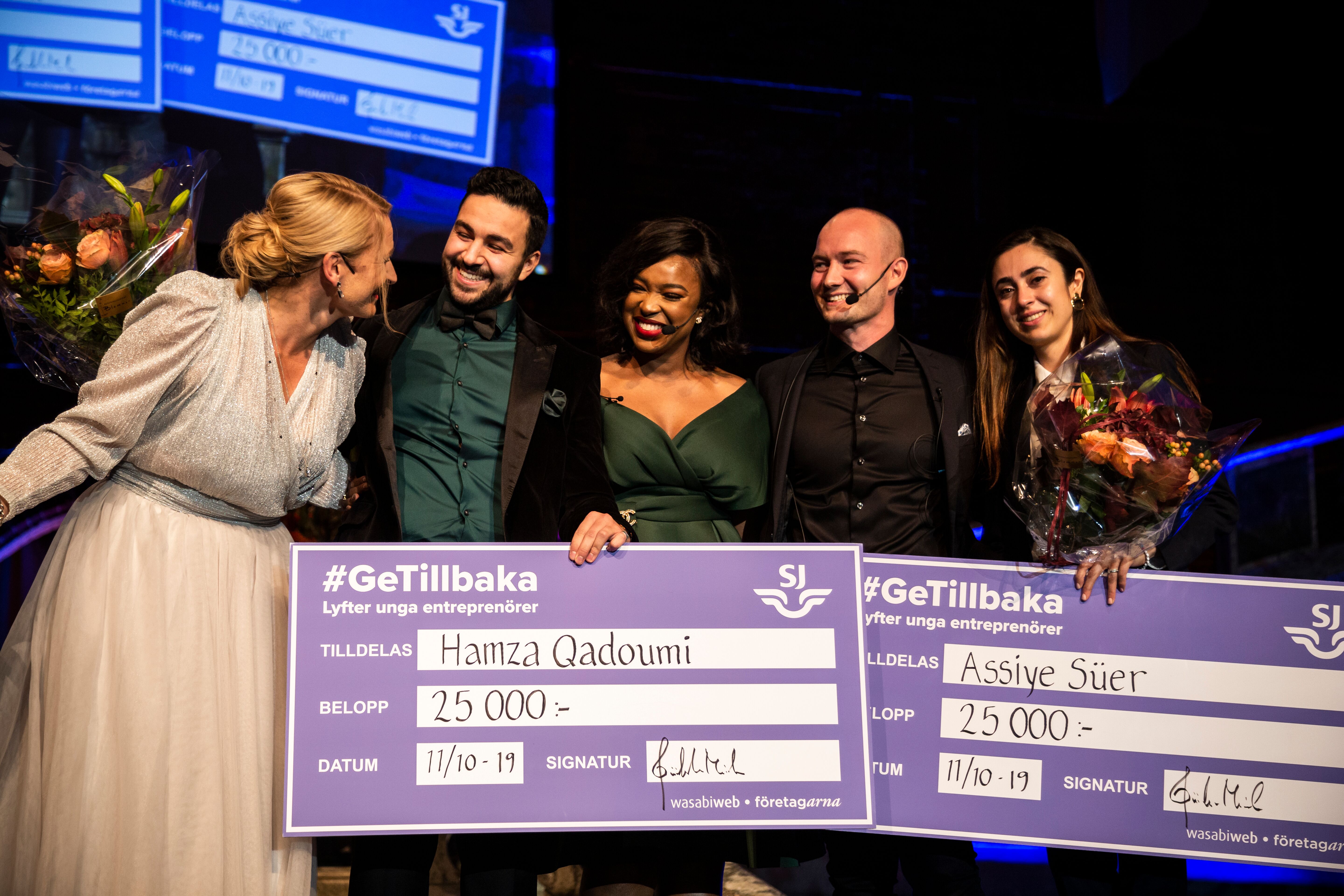 Going forward, this award will help Ecobloom to carry out its vision even further. Largely by generating press and exposure, and also by validating for us that a purpose that we’re invested in is something that the rest of the world wants as well. “It’s somewhat of a receipt that what we’re doing is good, right and appreciated” said Hamza, and that “to share this milestone with the team is even better. Because they’re part of this journey! An accomplishment for all of us.” Yay, team spirit!

Well, now that this award ceremony is over, our future to-do list is quite straightforward.

And lest we forget, a huge thank you to all of you who voted for Hamza in this process, and enabled Ecobloom to gain more exposure from yet another big stage. It means the world that we have you as our supporters, and we’ll keep working to validate all the trust you’ve put in us. So, thanks!

P.s. Read about the other time Hamza met the prince, here!

After what felt like one really long day, this crazy year is almost over; but we wanted to let you know that we’re still here

Our 4 Favorite EcoGarden Herbs and How to Use Them

Here at Ecobloom, we’re plant people. And not just at work either. Many of us start our days making the morning watering rounds around our

On Saturday, our CEO, Hamza, came back from a 2-week trip to China, where he was preparing the EcoGarden to begin the manufacturing process.  It

When I first moved to Stockholm, as a somewhat health-conscious and environmentally-conscious eater, I had no idea where to go. My native Stockholmer boyfriend, whose

Any cookies that may not be particularly necessary for the website to function and is used specifically to collect user personal data via analytics, ads, other embedded contents are termed as non-necessary cookies. It is mandatory to procure user consent prior to running these cookies on your website.